Skip to content
Other government information and services: www.belgium.be

The Strategic Note Extremism and Terrorism (Strategy TER) aims to contain terrorism, extremism and the radicalisation process within society as much as possible. The original Plan R, elaborated in 2006, primarily focused on a repressive and security approach. Although, it became gradually apparent that this was not enough. As such, Plan R has evolved into a plan for a multidisciplinary approach, with articulations at all Belgian policy levels and close cooperation between all the actors involved. Since 8 September 2021, the Strategy Extremism and Terrorism (Strategy TER) succeeds to the Action Plan against Radicalism (Plan R). The new Strategy also includes in an official way the Regions and Communities, important partners in the multiagency approach. The issues dealt with within the Strategy TER cover the most diverse political, ideological, confessional or philosophical convictions.

In the meantime, it is not only the security services (such as CUTA, the federal and local police, the Belgian State Security and the Military Intelligence Service SGRS) taking part in Plan R, but also various federal public services (the FPS Interior, the FPS Finance, the FPS Justice, etc.), the Communities and the Regions (the Youth Welfare Service, the ‘Maisons de Justice’, etc.) and many local actors such as the cities and municipalities together with socio-preventive services. In effect, a purely repressive approach is not an adequate solution. The starting point of the fight against terrorism, extremism and radicalisation is an inclusive society. That is why prevention and reintegration also form an integral part of Strat TER. The best approach must be considered on a case-by-case basis.

The Strategy TER operates on the basis of various consultation platforms.

At the repressive/security level, there are the Local Task Forces (LTFs), the central nerve centre of the Strategy TER. The LTFs are the network where security services exchange information and discuss specific cases. In mutual agreement, it is decided whether and how individuals will be followed up by taking security-related or socio-preventive measures.

At the preventive level, there are the Local Integrated Security Cells on Radicalism (LISC-R). In the LISC-R no security services take part, but local authorities together with psychological and well-being oriented services. Since 2018, every municipality is obliged to have an LISC-R , although municipalities may also choose to set up their LISC-R jointly with other municipalities. The LISC-R is always pilotedby the mayor. In addition also the Information Officer (local police) and representatives of local social actors (schools, welfare agencies, employment offices , etc.) participate. Their approach is pre-emptive and must above all be low-threshold and support their own ends. The objective is tailored support.

For more information about the LISC-R and how they work, see our brochures (only available in French and Dutch).

Finally, at strategic level, there is the National Task Force (NTF), which is responsible for steering the Strategy TER. CUTA chairs the NTF, in which the following departments are also represented. They are the most important partners within the Strategy TER.

The Strategy TER also provides for working groups, each of which focuses on a specific theme. Thanks to the working groups, it is possible to respond flexibly to changing trends and phenomena. The aim of the working groups is to bring together specialists from the various departments and authorities in order to exchange expertise and knowledge on a particular subject. 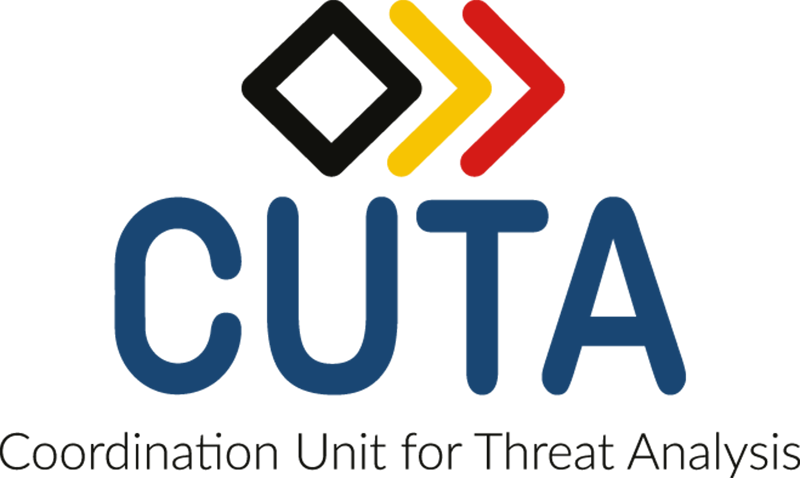